It was 1979, I think. We, the band I played in, were in a little bar named Zoli’s – in Hempstead, near Hofstra U. There was a girl in the front of the crowd near the stage area carrying a burlap bag. Didn’t really notice that until a bit later. Soon, I noticed that she had apparently removed a large snake – some kind of constrictor – out of that bag and it was now adorning her shoulders. She got up on the stage, which was nothing more than a one foot platform, and stood right in front of me. I was playing my guitar and singing. Had a mic stand with a goose neck attached. The snake – again, a large, and heavy snake – began to crawl from her shoulders and wrap around the goose neck and then me. It was heavy enough to cause the mic stand to begin to tip, forcing me to have to place my feet on the stand, awkwardly, to prevent it from toppling. Now, my face was mere inches from hers. The snake curled around me and back toward its owner. Here’s hoping you can visualize all of this … because, next, she began sucking on the snake’s head. What a sight. What a night. But, the band played on! Those were the days! 🙂 EDIT: I think the bar was actually The Brass Penny Pub. 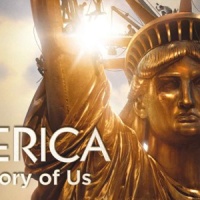 The Stalingrad Madonna
Just a stroll in the park on an early Spring day. This was in 1972, or possibly '73. In between those 2 guesses we hitchhiked cross-country - cross Canada, actually, from Ontario to Vancouver, BC, then down the west coast to Berkeley, CA. Somehow, we got separated in Sacramento, so, I went to see my girlfriend who was up in Washington state for the summer. Then the two of us hitched home. All on about 200 bucks. It was the best of times ...
Visit all the locations used in the filming of "The Last of the Mohicans"!
A very pleasant evening was had by all. All the males grew up together in the same neighborhood. Many fun times, unbelievable adventures, lots of baseball, music and substances. This was the last time this particular group was all together. Looking back from 70 [the age] to '70 [the year] - and lots more in the 50's & 60's - brings a flood of good times & good people. We were so lucky to have so many friends landing in the same area. In many ways, the best days of my life.
Me & some of the boys from the secure care unit of a NYS psychiatric hospital. My last day at that nut house. On to a bigger one ... the next day I started my career at the US Postal Service. 😊 This was in 1987.
A legend passed away yesterday at 94. The voice of the Brooklyn/Los Angeles Dodgers for a lifetime.