Sons of Anarchy – Season 1 finished. Probably could have done it in a night or two, but managed to string it along a bit. What a treat! Loved the nuance amidst the chaos. As friend of mine said, it was “interestingly different.” Thanks to all who recommended it. Enjoyed every minute. On to the next one …

Whoa! Based on, finally after all these years, viewing the first 2 seasons of “Sons of Anarchy” … 5 more to go … How did I miss this one? I mean, have watched several other FX shows and had seen the previews. Didn’t come out & grab me, so I passed. Now it’s all over and I decided to immerse. Really, once you start, you don’t have much of a choice. Just submit and go for the ride. It is a raw and crude series at times … like nearly all the time … but if you can get past that, it’s one of the best television series ever. Maybe, a bit, BECAUSE of that. Kurt Sutter, creator & writer, is brilliant. He creates characters that are fully fleshed out, vibrant, complex people. You get to know them, and despite their darkness, are glad of it. Kim Coates, Tig, and Tommy Flanagan, Chibs, are just superb in their supporting roles. Really add an edge and a genuine feel to the show. The story, with all its wicked twists, violence, lewdness, betrayals & evil, is also a tale of family, devotion, camaraderie, love & goodness. Just underneath the surface, popping up now & then, is just a bit of humor. You can’t help but to chuckle out loud. Creativity, authenticity [albeit with some artistic license], a familiar grittiness, excellent cast, characters and tale … what more could you ask for? Oh, music! The soundtrack includes many notable classics, some of which are performed by The Sons’ matriarch, Katey Sagal [Gemma]. Enhances the proceedings immensely! Oh, and starring, for the ladies, there’s Brad Pitt lookalike, Charlie Hunnam as Jax. Oh, and lots more. I’m ready for 5 more seasons. As engaging & entertaining that I expect they will be, I feel like I am not looking at a happy ending. Already, the late Johnny Lewis, Half-Sack [don’t ask] has … well … no spoilers. Oops, gotta go … Season 3 is beckoning. Yeah, I’ve got it bad!

I just know everyone in the world is waiting for my opinion of “Sons of Anarchy: Season 3”. Yeah, right. Well, here it is. Just a short one — I was kind of disappointed with this season after the first two – it kind of felt like it was going astray. Wrong. The epic final episode was superb television and pulled the whole thing together. I should have had faith. The last segments of the last episode had the feel of the final 20 minutes of “Last of the Mohicans.” It was all tied up, issues resolved – for now – and was emotionally suspense & action packed — all set to a brilliant cover of Neil Young’s, “Hey Hey My My.” It was awesome. Can’t wait for Season 4 … which will start tonight!!! 😉 Oh, one more thing, not Season 3-specific. Charming. That’s the name of the town that the Sons live in and much of the story takes place. Ain’t that the ultimate euphemism!?!

Can you recall the days when you could tune in to a television show and watch an episode of it without having to know everything that had ever occurred during previous episodes in order to enjoy the one you are watching? Gradually, over time, TV series have morphed into multi-episode “events,” season-long marathons, or, like in my current favorite, “Sons of Anarchy,” a 7-Season long movie! Incredible. Just finished up Season 4. Kurt Sutter is such a skilled craftsman. Tells a compelling story. SOA is much different than I imagined it to be. It is violent & crude, but there are multi-levels of fascinating yarns being spun. Thoroughly enjoying this show!

Charming. “Pleasing or delightful”. That’s the definition. In “Sons of Anarchy,” Charming is something much different.

A month and a half, or so, ago, was looking for something new & different to watch on TV. “Justified” was over. None of the shows airing currently really grabbed me other than to serve as a sleeping pill to an insomniac. OK … I won’t go into this again. But, in case you ever find yourself in a similar conundrum, here’s my take. Sorry for repeating myself [from previous posts] and in an effort to avoid spoilers I must mince words.

First of all, the show features graphic sex, some real weird depravity, uses the name of Our Lord in vain – routinely – and is one of the more violent tales you are ever likely to see. Got you chomping at the bit, don’t I?

So, in “Sons of Anarchy,” Charming is the name of a town – their town – and it serves as a metaphor, or maybe a euphemism, some kind of literary word … it represents the idyllic, “pleasing or delightful,” small-town America. Finished the Seven Season Long Movie late last night.

It started, it seems like eons ago, with a couple of crows in the road. It ended with that same scene. All hell breaks lose in the interim. Still wrapping my brain around it. Very few television shows – or, movies even – leave me as emotionally spent as this show did. I will carry it around with me for some time. “Sons of Anarchy” is dark & dirty and not the easiest show to watch. You’ll have to commit. Perhaps, watching only the first 2, or 3, or 4 Seasons – maybe up through the first few episodes of Season 5 – and then just stopping is the way to go. You might feel semi-fulfilled without the weight. I don’t know, because I didn’t stop.

Why watch then? Well, it’s worth it, if you can make it. The cast is A+. You will get to know the many layers of each and every character. They are not the most loveable characters, but you will be inexplicably drawn to many of them. There is depth to them. The banter is wonderful; just enough of it to lighten up things just a tad and provide you with a chuckle just when you need it most. All the production stuff is impeccable. The show’s use of music is probably done as well as I have ever seen a show utilize a soundtrack. Some of the songs, coupled with accompanying character vignettes, tell a complete story within themselves. And there are many stories.

And that, is the main reason you should watch … the storytelling. Despite the pain and darkness, despite an unusual turn-off for a few episodes during Seasons 6 & 7 – a side bar that, for the life of me, the relevance I cannot figure out. A part of the story that we really didn’t need to see – especially, if you are a “Justified” fan. Despite those things, it is an amazingly compelling, complex, well spun yarn. Very well written. They just don’t make ’em like this very often.

So, it’s over now. All 7 Seasons in several weeks. The rest of TV Land will seem like so much pablum … until, at least, I can shake off the effects. There were points there, especially in the later Seasons, where I didn’t know whether I could make it through. But I did. You won’t feel happy when it’s over … I don’t know what you’ll feel … but you WILL feel. Maybe, you’ll have a better feeling for the meaning of life. Charming, though, it’s not.

I knew this was going to happen!! Sons of Anarchy has left an indelible impression on my psyche and I can’t shake it. Because of its darkness, I can’t really say its been my favorite show – close, though – but no other television series – dare I say movie? – has done this to me so deeply. Every conceivable emotion was tossed at you by characters you somehow came to really care about. Just an intensely compelling storyline … and I just knew that it was going to make mince-meat of every other TV show I watch – or, used to. Just can’t get into them any more. They pale. So, my DVR has filled up with the likes of Falling Skies, Graceland, Tyrant, The Last Ship, Under the Dome, Ray Donovan, Hell on Wheels, Cedar Cove [I had to delete the last 2 as it was getting too full]. So thanks to a lot friends who recommended I watch SOA!! 😉 All I can bear to watch on the tube now are a bit of news, the ID Channel [Dateline, 48 Hours], my Dodger baseball games, and my go-to Gal, Judge Judy. Ruined my life, Sons of Anarchy did … I highly recommend that you allow it to ruin yours. Masterpiece. Dang! Dang! Dang! And, that is all …

Oh … don’t watch this piece if you haven’t seen the show, but intend to. It is DEFINITELY a spoiler!!

So, here I sit, 4 years later … SOA scarred me for life, but I loved it to death! 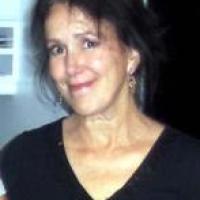 When this one is discarded, the rest of the Constitution will be treated likewise. True freedom demands that the populace can defend itself from predators, criminals, and, if necessary a rogue government.
Just a few of my crazy family!
Some time ago Ryan Albanese [creator of this and many other movie-related videos] followed the Trail of the Last of the Mohicans by utilizing my guidebook [download copy available for free at www.mohicanpress.com]. A couple of weeks ago he contacted me asking permission to use content from my "On the Trail ..." site on the Last of the Mohicans locations YouTube video. Well, he's done and the video is available for all to see. Spectacular piece of work. Settle back & enjoy!
My secret crush. Today is her birthday!
American Beauty … not the classic Grateful Dead album, but the real thing. God Bless America!
My favorite book/film character of all-time: Robert Duvall as Captain Augustus McCrea in "Lonesome Dove." The man was made for this role!